The Consummate Traitor by Bonnie Toews

Brief bio: As a journalist, Bonnie Toews has covered significant events such as the Rwandan genocide in 1994. Her eyewitness view contributes to the plight of children in war as a recurring theme through her novels. With hundreds of published articles and five business press awards in her portfolio, Bonnie currently advocates for better care and treatment of Canada’s wounded warriors and is a member of the Canadian Veterans Advocacy, Military Writers Society of America, American Authors Association and American Christian Fiction Writers. THE CONSUMMATE TRAITOR is her first novel in a trilogy about treason.

One woman is betrayed; the other, sacrificed. What happens to them triggers a chain reaction of double crosses that alters the outcome of World War II.

Lee Talbot, an American journalist, is in Guernica, northern Spain with Quinn Bergin on the day Hitler chooses to try his experiment ‘total war’ there. Devastated by the scenes of horror which unfold before her, she sends a graphic eyewitness account to London, where it is broadcast on the radio.

Back in London Sir Winston Churchill meets with his Director of the Secret Intelligence Organisation, Sir Fletcher McAlister and Lord Wynne Henry Radcliffe, as they build their spy network and watch Hitler carefully.

Undercover spies Lee and Quinn are in Vienna surreptitiously minding the lovely pianist Lady Grace, daughter of Lord Radcliffe as she wins the coveted Belvedere Medal; they are still there when Kristallnacht (The Night of Broken Glass) changes everything. That night Lee and Grace witness horrors which bond the young women from very different backgrounds together, and a close friendship develops.

England is at war and when tragedy strikes Grace’s life, she decides to work with Lee undercover in the desperate race to stop Hitler from make an atomic bomb, knowing that if he does so first, all is lost. What follows is a tale of love, intrigue and betrayal, as the two women and the people in their lives face unimaginable dangers, and hurdles, in the name of duty.

The secret life of the underground network, and spies, who risked their lives to help others escape the tyranny of Hitler in World War II, comes alive as we learn of the dangers they faced constantly, and the personal sacrifices they had to make.

The knowledge that this author has firsthand experience of wartime journalism comes as no surprise when reading this engrossing book. With her thorough research and attention to historical detail, I felt as if I was taking a peep into hitherto hidden war files, rather than reading a work of fiction.

I thoroughly enjoyed reading this book, full of love, betrayal and intrigue, it has so many twists and turns it keeps the reader guessing right to the end.

Lovely deserts and cakes to cook ahead.

This book is full of delicious recipes which have actually been made by the author, I have already tried a few and they have been delicious!

I love the way that the author has taken the time to explain what certain ingredients are called, or can be substituted for, in other countries, and, the fact that she has also used pictures of her own deserts is nice.

No-bake deserts and refrigerator cakes are such a good idea, it’s nice to be able to make them when it is convenient, and they are suitable for many occasions. I have always been a firm believer in making a cold desert when we have guests, it leaves me free to enjoy the company and is a lot less stressful, some of these recipes I am sure will be very useful in the future.

Spate Of Violence by Peggie Biessmann

Author: susan • Discussion: No Comments
A story of love, life and crime in the suburbs.

Moving house is traumatic and children change, sometimes unrecognisably so in their teens, so, when Karen’s husband Sebastian gets a new job, the family including their 16-year-old daughter Bettina and 12-year-old son Philip move to the up market Bitterfeld-Bergau suburbs of Frankfurt.
It’s an incredible change from their old home but when they’re invited to a friend’s barbecue things begin to look up, and everyone starts settle in. But, all is not as it first seems…behind the scenes there’s unrest and resentment building.
Just down the road, there are apartment blocks called The Park, it is the poorer area of Bitterfield, where many nationalities live, including Turkish Murat and his family. The kids who live there just hang around with their friends, carrying out petty crime. Murat is no different, and led by his friend Deniz, and Deniz’s cousin Yusuf, soon their crime sprees grow into something more serious.
Karen’s world is in turmoil, her husband is working late and preoccupied by something, her daughter has become a stranger and, she has pressure from an unbelievable source.
Then disaster strikes and tragedy hits the family in a way no one could have imagined.
Set in modern Germany, this engaging book looks at the class divide clearly from both sides. The totally different perceived hopes and dreams of the young characters, living very different lives, yet side by side on the planet make for a very good story with a strong and unexpected ending.
Available on Kindle at Amazon.com here  http://www.amazon.com/Spate-of-Violence-ebook/dp/B00B1B7DVQ/ref=sr_1_fkmr0_1?ie=UTF8&qid=1364387225&sr=8-1-fkmr0&keywords=Spate+of+Violence+by+Peggie+Biessman

The compact format of this book is ideal for the reader who wants to learn specifically about Queen Elizabeth I the last Tudor queen. 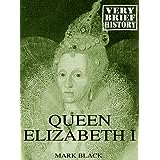 This book covers all her life, from her birth on 7th September, 1533. We learn about her childhood, upbringing and the trials she had to endure, her relationship with her siblings, her older sister Mary, better known to many as Mary Queen of Scots and younger brother, King Edward VI.

From reading this, we can easily see how Queen Elizabeth I became such a powerful and strong leader, never marrying but dealing with suitors and foreign relations in her own way. The book finishes with her death on 24th March, 1603 at the grand age of 69.

As an adult interested in learning more about Queen Elizabeth I I found it a very interesting and enjoyable read, but I would imagine it would be invaluable to a child carrying out a history project on this subject.

This story, set in the quiet small town of Broken Tree starts with a scream coming from the old cemetery and a terrible tragedy. What a great start to a horror story! 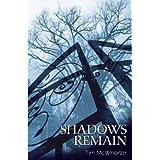 Three boys are involved and the family of one decides to leave town. However, Adam, returns twenty-five years later with his own family, sure that the old ghosts have been put to rest, but when his son comes home from school with the story of a boy ghost who haunts the old cemetery, unfortunately, Adam finds cannot let the matter rest…

I thoroughly enjoyed reading this horror story, the great storyline kept me captivated and I hope the author writes many more.

Leaders Involved In The Final Solution by Rahul Patel 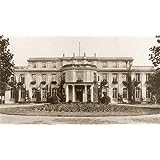 Although a very short read, I found this book about the leaders involved in the final solution very interesting.

Everyone knows Hitler, of course, and the other names in the book are known to anyone interested in WWII, however, in this compact book the author has given us an interesting insight into the main men involved in the final solution, and their lives before, during and after the war.

I would highly recommend this book to anyone with a slight interest in the subject.

The Ghost at the Foot of the Stairs by David Pickering

One to raise the hairs on the back of your neck. 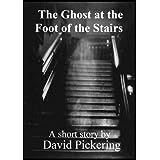 People sell their houses for all sorts of reasons.

When this owner tells the Estate Agent the story behind his need to sell, the tale is a creepy one.

I found this a very enjoyable read, to tell you more would spoil the story.

When a man stumbles out of the Amazon jungle into a missionary village, something is seriously wrong.

Before long the CIA are asking Nathan Rand, a man who has made his home in the jungle, to join a team of experts and soldiers on a mission to discover what has  happened. Nathan, has been searching already, his father was on the same expedition as the man, and so he joins them, but the jungle has many secrets.

As the team travel deeper in the jungle they search for a secret tribe feared by even the natives, they combat incredible odds and face unimaginable dangers on their now desperate search.

With it’s vivid descriptions and great storyline this book is a gripping read.

A beautifully children’s book on Kindle. 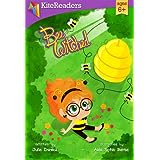 This engaging story is about a thoroughly modern Miss called Beetrice who adores bees. She loves everything about them, including their honey and she even dresses like one. When she goes on a school picnic however, through the powers of magic she discovers more about them than she could ever imagine.

This is a great book for children, which is bright and beautifully illustrated. Julia manages through the power of her storytelling to educate children about these useful insects in her own delightful and captivating way.

SOON TO BE RELEASED – A story of love, friendship, and loyalty set in 1970’s Colorado.

Paul is our narrator as we find ourselves stepping into the lives of two very different men, who are best of friends, our narrator, and Michael, an ex-Vietnam veteran.

The men are in business together cutting and selling rare gems. They live life to the full together with Michael’s girlfriend, Sarah, her son Stuart and their dog.

The writer sets the scenes wonderfully at the beginning of each chapter and the reader is drawn into Colorado life at this time, the characters are so real and descriptions of events and places so vivid, if you close your eyes you could almost be there!

But even in the freedom loving 70’s some things cannot ultimately be shared, and feelings cannot always be controlled. Their lives unfold before us, emotions laid bare.

Then Paul discovers Michael is keeping a deep secret, kept since his time in Nam, which if told, would change everything.

I thoroughly enjoyed reading this book, it has a brilliant story line, which could easily be continued, and as a woman, I especially liked the way it has been told from a man’s perspective.