A great rhyming dog story for children by Olyn Warfield

Available in paperback and Kindle format.

Written by a new American writer, this book tells the tale of Omar Blue a Blue Doberman and his pack.
When Omar Blue decides to settle down, he picks a place and names it K-9 Town, U.S.A.
With his best friend Major Diggs, a Lab-Dalmatian cross and the pack of about 50 assorted breeds of dog they build a community with true pack spirit, teaching their puppies right from wrong, protecting each other and building relationships.
This book, cleverly written in rhyme, is so easy to read, and each chapter teaches different values to its readers, through the adventures of the various dogs.
As a dog lover it was great for me to see the different characters, and traits of the various breed types portrayed in the stories.

I can’t wait to read book 2, “Led By An Eagle,” which has recently been released on Kindle ebooks.

Wonderful children’s book about adoption and the importance of family.

The Adventures of Koko and Joey: Family – written by Karen Below and illustrated by Mike Motz

Available in paperback and kindle format

This is a lovely, beautifully illustrated story for children, which focuses on adoption and the true meaning of family.

When the Roo family on a stroll encounter Mr. Kookaburra, he comments that one of their family members looks very different.

Koko uses the opportunity to explain that she’s adopted. When Mr. Kookaburra wants to know more, the Roo family teach him about the love they share for each other and the true meaning of family.
This is the first in a series of children’s books focusing on adoption by this talented author.

Australian parrots is a beautiful book, full of colourful photographs and interesting information.

Whether you would just like to identify more species, or learn more about their differerent feeding requirements, their behaviour and breeding, this book is essential reading.

Kimberley has written this book for young people who are interested in these clever, beautiful birds, and would like to know more.

If you love birds, wildlife, nature, pets or just learning about the natural world, you will love Kimberley’s books which are bright, colourful and full of information. 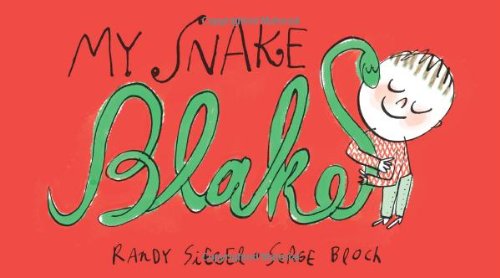 This is a colourful, hardback book with a great story which is beautifully illustrated by Serge Bloch.

When you’re a kid and it’s nearly your birthday it takes a very special dad to buy you a bright green snake, especially when mom doesn’t approve.

But not just any snake, this one’s extra smart. Incredibly, he announces his name is Blake, writing it with his very long body which is excellent at spelling! He’s brilliant at homework and so very useful that before long he’s manages to make himself invaluable to the whole family, even his mom.

Snakes might not be the most popular of pets, but in this kid’s book, Blake is the best in the world.

If you’re looking for a really good action adventure book I would like to recommend Rumors Of Savages by Carrie Regan.

It is available in paperback and Kindle format.

I read through the night because this book was simply impossible to put down.

Rumors of Savages follows a TV Adventure channels attempt to ‘rescue’ a lost anthropologist, the twists and turns make for a fantastic adventure story.

I read afterwards that this author has had real experience in the field working around the world for National Geographic Television and as a Peace Corp volunteer in West Africa. This really enhanced the book,  providing amazing descriptions of a world most of us will never know.

Move over Indiana Jones and Congo, this must surely be a film makers dream come true!

A lovely children’s story with a very special message.

This is a lovely captivating story, written in rhyme.

As children follow the adventure of Agabus one stormy night, they not only enjoy a great story but also learn how he overcomes his fears and finds inner strength and knowledge.

I thought this was a lovely book, beautifully illustrated by this talented author and I hope Agabus has many more adventures.

One of my favourite authors has got to be Susie Kelly.

I fell in love with France on my first visit, a school trip to Paris, aged 14 and the love holds fast to this day.

When Susie Kelly released The Valley Of Heaven And Hell – Cycling In The Shadow Of Marie Antoinette I knew I would enjoy it because I have always been very interested in this period of French history.

Available in Paperback and Kindle format

Susie and her husband’s adventures on this epic cycle ride had me captivated, from their start at Versailles, the horrors of cycling in Paris to her descriptions of the places she visited and the histories behind them as they followed the final journey of Marie Antoinette and Louis XVI.

I learnt so much about a part of France I have never visited, the bravery of the French resistance during the wars and the Champagne houses.  I have visited Paris a couple of times since that first school trip but I have an overwhelming urge to go back again and look at some of the places I have missed, armed with more knowledge.

My daughter and I visited the Palace of Versailles this summer and found it absolutely breathtaking, truely spectacular and it was definately the most amazing palace I have ever seen, hopefully soon I will get to Paris again and then perhaps some of those other wonderful places Susie visited.

Yet another great book from one of my favourite authors.

Get Your Book Noticed.

After a lifetime of reading millions of books, which one do you pick for your very first entry in your Book Reviewer blog?

This was something I considered long and hard before picking Broken Cats and Cowboy Hats by Roger Knowles.

This book is an incredible insight into a life, moulded at birth by family, circumstances and events totally out of the person’s control.

Mark Doughty became the person he did through a series of events both intentional and unintentional, the result of which was to mould an innocent baby into a very different man.

By picking on a young girl, he sets in place a chain of events, which will change the lives of everyone involved with him.

Incidentally, if anyone had told me my reaction to the end of the book at the beginning I would never have believed them.

I downloaded this book so I could read all Roger Knowles books, I didn’t know what to expect and I hadn’t read any reviews. From the start I realised it wasn’t the sort of book I would ordinarily have picked, but, it was a tale that had a right to be told. There must be many people to whom this story will ring a bell, far more, I imagine than I would like to think.

I can only say well done to Roger for writing such an amazing, if harrowing piece of work. I hope others will read it because, it gives those who do, an insight into a world hopefully they may never experience.

This book is only available as a kindle book, as are all Roger Knowles books.

Now for a children’s book.

Peggy Krause is a brilliant writer and her first book Finding My Molly is great for animal loving children.

It is the first book in The Kitty Trilogy and is available in paperback and on Kindle.

Soupy is a house cat, but that doesn’t stop him having lots of cat friends who visit him each day. He loves his human-kitten Molly, but one day the door is left open and he cannot resist a peek….

After a terrifying experience he finds himself lost, hungry and alone in a forest. Eventually he finds a friend and then unexpectedly becomes dad to a strange looking kitten. Molly, his human-kitten and his cat friends are searching frantically for him but with the responsibility of caring for the strange kitten, Soupy has to abandon his desire to return home, his strange kitten needs him more.

Peggy has in this lovely story gently explained the concept of taking responsibility and caring for others. After reading it, it is easy to see why it is on the National Humane Education Society’s recommended reading list.