The Surrogates by Consuella Harris

The subject of surrogacy raises various emotions and views in people, depending, I suspect, on such factors as, their sex, religious viewpoint and life experiences.

Many think what a wonderful, selfless thing it must be to carry a child for another woman and bring happiness to a couple who would never have been parents without help. They ask themselves, “Who are these generous women, and why do they do it?”

The more cynical wonder who finances the companies who set up the matches between the surrogates and the adopter’s, and what is in it for them?

However, it’s never as simple as that, there are no black and white answers to be found when dealing with human lives and emotions – we are complicated beings.

Truth be known, like most things, most people, most of the time don’t think about it, and neither did Keith Brown, ex-retired police officer, now successful investigative reporter until he received a phone call from Valerie Scovall, a Superior Court Judge for Cuyahoga County.

Valerie is sure there is a connection between the deaths by natural causes, i.e. heart attack, on the same day, of two prominent public figures.

Meeting her, the next day, in her chambers, Keith agrees to take on the case, and to her requirement that the source must remain confidential. Only one person is the exception to this rule Denise Jones, one of the surrogates.

For anyone interested in people this is a compelling read, as Keith reveals the stories behind Denise, Sharon and Carolyn, three women who decided to become surrogates. However, inextricably entwined are of course, the children they gave birth to, and the people who adopted them.

And, we mustn’t forget the men who were the founders of the Lake Shore Parenting Group, the adoption agency who put them together, and their motives, after all, without them, none of it would have happened.

Or of course, Valerie…

A really enjoyable and absorbing story which I would not hesitate to recommend. It is about a controversial subject, packed with human interest, mystery, intrigue and plenty of twists and turns.

Hand in Glove by Paddy Bostock

About the book: PI Dr Jake Flintlock and his sidekick Dr Bum Park are inveigled by American theater director Chuck Cinzano into the investigation of a severed hand in a baseball glove on Primrose Hill, London. The assignment morphs into a murder case as Chuck is “stabbed to death” in Jake’s home. Having flown to Sausalito, CA, Jake and Bum begin to suspect they are being used as actors in a play. Yet, a real crime has been committed and somehow the culprit has to be found.

It’s London, and the first summer Saturday, a perfect day, Jake decides, to take his Dachshund cross Doberman dog Binkey for a walk in the park. It’s not long however before he’s regretting his decision as the mischievous mutt sets about causing havoc. When a close encounter with a German sunbather causes Jake to drop Binkey’s lead, the naughty pooch sets off on his own adventure.

First he’s tempted by sausages cooking on some Russians barbecue, then, he steals the ball from some Americans, enjoying a baseball game. Could it get worse?

Yes it could, when Binkey returns with a baseball mitt, complete with hand inside.

P.I. Jake, and his sidekick Dr Bum Park are persuaded to investigate the matter, by American Theatre Director, Chuck Cinzano, who very soon, comes to an unexpected and unsavoury end. Despite this, the intrepid PI’s set off for California to solve the mystery.

The story which follows will have you in stitches. It is very cleverly written with numerous twists and turns, interesting characters and never a dull moment. I read this after reading and enjoying Paddy Bostock’s ‘Foot Soldiers,’ all I can say is that I cannot wait to read more from this outstanding British author. 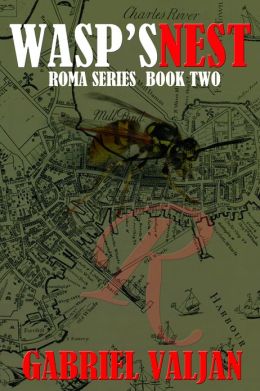 About Wasp’s Nest: In the highly anticipated sequel to Roma, Underground, Bianca returns to the U.S. for her former employer, the covert organization Rendition, to investigate Cyril Sargent and Nasonia Pharmaceutical. Although ambivalent about the assignment and uneasy about her online “friend,” Loki, she is enticed into researching what Sargent is doing with insect genetics that might upset the world of cancer research and treatment. Old friends Farrugia and Gennaro uncover a twisted conspiracy from their past and join Bianca in Boston where they will experience conflicted loyalties, question allies, and confront uncertain enemies, as they’re drawn into the wasp’s nest.

About Gabriel Valjan: Ronan Bennett short-listed Gabriel Valjan for the 2010 Fish Short Story Prize for his Boston noir, ‘Back in the Day.’ Gabriel’s short stories and some of his poetry continue to appear in literary journals and online magazines. He recently won first prize in ZOUCH Magazine’s inaugural Lit Bits Contest. He lives in New England. He is the author of the Roma Series, Book 1: Roma, Underground, Book 2: Wasp’s Nest, and Book 3: Threading the Needle, available from his publisher, Winter Goose Publishing, and in paperback or digital format from Amazon and Barnes & Noble.

Gabriel can be contacted through his publicist, Rachel Anderson at rachel@rmapublicity.com

In this, the second book in the Roma Series, the story opens with Alabaster Black (alias Bianca Nerini) returning from Rome to Boston, Massachusetts, leaving behind her lover, Dante, and friends in Rome, Italy.

Rendition, her employer, a covert U.S. agency, has persuaded her to infiltrate Nasonia Pharmaceuticals, a drug manufacturing company owned by Cyril Sargent. Nasonia, is working on a revolutionary new drug using insect-based genetics to develop a new cancer-cure and Rendition want to know more.

Then, when Farrugia and Gennaro, her friends from the Rome, arrive in Boston for another reason, she discovers that leaving the past behind is not as simple as just getting on a plane; they bring some disturbing news for her, ghosts from the past have resurfaced…

I found Wasp’s Nest a compelling reading, action-packed and with intriguing characters. The plot had plenty of twists and turns, some surprising secrets, and it kept me on the edge of my seat, guessing until the very end.

Gabriel Valjan includes a tantalising glimpse into Book 3 of the Roma Series, Threading the Needle which I had read first, but I realized that the author created each volume independent of each other. 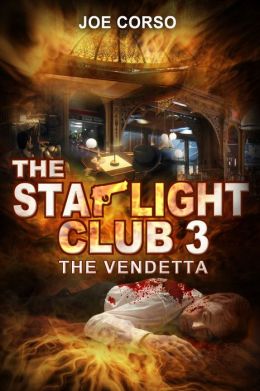 The Starlight Club by Joe Corso

Action packed and a fantastic read! 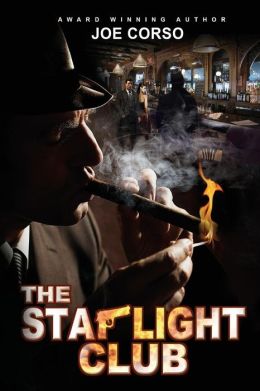 Set in present day. Robert ‘Bobby’ Valentine has asked his daughter to come to New York so he can tell her about his life…

Sitting in an Italian Restaurant, which used to be The Starlight Club, he looks back over the years, and reminisces about life in Queens in the early 60’s and the people who lived there.

As the story unfolds we find ourselves drawn into events at the club, we’re permitted through the power of the story to go back in time and take a glimpse into the hard world of the Mafia families.

Somehow, if it is possible to do so, in a nice way, the author has produced a riveting read, full of violence and action packed. The essence of life in Queens is captured at a time of great unrest and warfare, where murder was not personal – it was just a job, which had to be done.

This book was a thoroughly enthralling read, filled with amazing characters like Big Red, Trenchie and James Roman (at the time the latest movie idol).There’s even a guest appearance from George Raft! I can only hope that there are more stories like this one to come.