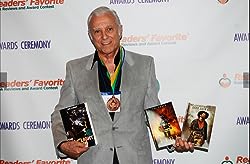 About the book: The final book in the Engine 24 Fire Stories trilogy focuses on the more turbulent times that firefighters had to endure in New York City during the years 1963 to 1975.
In this book, the era of Kennedy’s assassination, race riots, and looting are related through the eyes of a NYC firefighter. Joe Corso describes where he was and what the reactions of the firemen and officers were the day that President Kennedy was killed.
The author describes what it felt like to be detailed to La Casa Grande – “The Big House.”
Engine 82 was one of the busiest fire companies in the world during the race riots of the 60s. It was located in the Fort Apache section of the Bronx – and the tenseness of always having to be on guard in a hostile environment in which those men had to work is shared in gritty detail.
Corso writes of how one good firefighter lost and then regained his nerve; he writes of fires long forgotten and how, over the last 50 years, our moral codes have changed, especially pertaining to one fire that happened many years ago on Bedford Street in the West Village.

About Joe Corso: I grew up in Queens,New York and my motivation to write came from my wish to help my grandchildren pay for their college education. So far I’ve completed 13 novels and a number of short stories including my popular ‘ENGINE 24 FIRE STORIES’ trilogy and I’ve just finished the 5th installment in the ‘TIME PORTAL’ series.
I’m just completed ‘LAFITTE’S TREASURE’ and then I plan to revisit ‘THE STARLIGHT CLUB 5 which I shelved about a year ago, When that book is finished I will write a sequel to my western ‘THE ADVENTURES OF THE LONE JACK KID’, titled ‘THE RETURN OF THE LONE JACK KID’.
AWARDS
THE STARLIGHT CLUB won the silver in the 2012 eLit contest in the ‘TRUE CRIME’ category’. In 2013 the book won HONORABLE MENTION in the ‘HISTORICAL FICTION’ category’.
THE LONE JACK KID won ‘FINALIST’ in the 2013 Readers Favorite in the ‘WESTERN’ category.
My short story ‘FIRE: BOX 598’ won the BRONZE in the 2013 Readers Favorite contest in the ‘HISTORICAL NON FICTION category’.
Go figure. If I would have known that I could write a good story. I would have started writing a half century ago.

I have loved reading the previous Engine 24 Fire Stories series of books and couldn’t wait to start this one. The author Joe Corso is a retired New York fire fighter and his memories of the different incidents he has attended over the years as part of the Engine 24 crew are compulsive reading.

As Joe tells his stories, he sets the scene beautifully, taking the reader with him through memory lane deep into blazing buildings and dangerous situations. In this book, we stand alongside him as he watches the looting and race riots of yester years, and discovers some of the mysterious and secret places, which exists below New York City. Through one of the stories we are reminded how much morals have changed in current years and, wait by the phone with him, years later, as with bated breath, he hears the fate of his old company in 9/11.

Reading these books you quickly discover that to be a fire fighter, you not only have to be incredibly brave, you also have to have absolute faith in your comrades and know you can trust fellow crew members literally with your life. These men form deep bonds of friendships, which often last a lifetime and become a family, close, and supportive of each other.

Telling a good story is an art, and to be able to write that story as well is a real gift, the author Joe Corso definitely talented beyond words.