The Boy Who Spoke to God by Randa Handler

The Boy Who Spoke to God

Written and illustrated by Randa Handler

About the book: Unable to agree on their ideas about God and religious celebrations, four different ethnic tribes—Greeks, Chinese, Zulus, and Mayans—who live together harmoniously most of the year, combining aspects of each of their cultures to make their kingdom strong and prosperous, suddenly become divisive when religious holidays approach. During such times, they cannot agree on the timing or manner of religious traditions, and they each have their own god who looks and dresses as they do. When Niko, a young Greek boy, has several dreams of God, each tribe interprets the various details of his dreams according to its own view of God, further emphasizing the tribes’ differences in beliefs. Subsequently Niko is shunned for having created even more disharmony and for lying to the tribes, or so they think, as no one believes he dreamed of God. To clear up all the confusion and arrive at the truth, Niko begs God to manifest in one final dream. This time God shows him that the tribes’ beliefs are actually different expressions of the same god. Niko concludes that God is like colorless and formless iridescent light and the beliefs of all tribes about their gods are correct as these gods are like colors of the rainbow that derive from white light.

A school library essential in every language!

In this modern world, in many countries, schools contain children of mixed races, cultures and religion; these are the future of this world. It is for this reason I believe this inspired book should be available everywhere in all languages for children.

It is written in a fairytale way, and this beautifully refreshing story is set in a wonderful magical kingdom where Greek, Chinese, Zulu and Mayan tribes live happily together, combining their skills, under the rule of King Dareios.

However, one thing causes unhappiness – they cannot agree on whose religious beliefs and holidays are right, it upsets everyone, especially the children. Niko, a Greek boy and his friends talk about this and they decide that they want it to change, so that night Niko prays…

God appears to him in a dream and reveals, “Happiness has as many colours as the rainbow. All my children can find happiness when their beliefs and actions do not hurt others.”

Full of excitement, Niko thinks he has found the solution and tells everyone all he has seen and heard. However, instead of joy the news causes discontent, the people are unhappy, tribes divided and the kingdom suffers. So, Niko, needing guidance, prays again to God for help in finding a solution.

God listens, and that night visits him once more in a dream, giving Niko the vision to understand the true meaning of his words, and the ability to explain them in a way the people can understand. Once again, happiness is restored to the kingdom, and the king makes a special proclamation to celebrate, but to discover what that is you will have to read the book…

The storyline gently and inoffensively gives parents an ideal opportunity to promote racial harmony and tolerance of others religious beliefs to their children. There is also offered a well thought out answer as to the question, what does God look like?

The Treebobs and the Runaway Cauldron by Declan Harney.

Audio Book – The Treebobs and the Runaway Cauldron by Declan Harney.

Rotten Rena the witch is in trouble. She has received receives a gramagram from her very unhappy mother who has said that unless she wins The Great Egg and Cauldron Race she will lose her home. Desolate, Rotten Rena knows that she must win, but how can she?

Her cauldron is not very helpful, but luckily, her Treebob friends and Bindweed Belle the Fairy decide to help her.

But first they have to get her cauldron to agree, and then hatch a plan to win the race.

Will they manage to save the day?

I loved listening to this magical children’s audio book in the Treebob series, written by the talented Declan Harney.

The brilliant narration of Lindsay Abbot bought the characters wonderfully to life, and I would imagine any child would love this book. 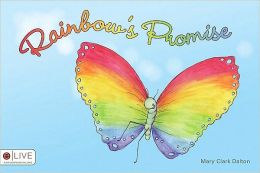 Available in Paperback from Amazon http://www.amazon.com/Rainbows-Promise-Mary-Clark-Dalton/dp/1616636351/ref=cm_pdp_rev_itm_img_1

Rainbow the caterpillar is very sad; all his friends are butterflies already! His mom tries to tell him to be patient and enjoy his life as he is for now, but he just can’t.

Join Rainbow as he meets new friends and has adventures, whilst he waits to become a butterfly.

As a mother and grandmother, I would thoroughly recommend this beautiful, brightly illustrated book, which will capture a child’s attention with its engaging story whilst also gently teaching them important messages.