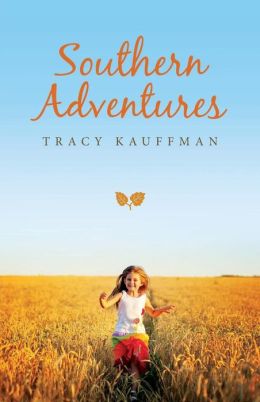 Photo’s can be very thought provoking. For the viewer they have the power to bringing back memories, of all kinds.

The book opens with Kay looking through her old photo albums, recalling her memories.

She starts with her earliest, her childhood in Harvest, Alabama and the happy times she shares with her sisters and family. However as the book progresses we learn of places she visits, her highs and lows, her loves, and the tragedies of those around her.

The reader watches her transformation until, as the book draws to a close, she looks back, reflecting over all her achievements, wishes, prayers and dreams, and finishes with words of wisdom.

This is a lovely gentle story of one girls life in Alabama and other places, very personal and with an important message at the end.

Available in paperback and as a Nook Book at:-

As a Nook Book http://www.barnesandnoble.com/s/Southern-Adventures-by-Tracy-Kauffman?keyword=Southern+Adventures+by+Tracy+Kauffman&store=ebook

Richard the Lionheart by Tracy Kauffman

Richard the Lionheart Man and King.

Available as a paperback at Amazon

and Barnes and Noble

I thoroughly enjoyed reading this very interesting book, which chronicles in a very readable way, and great detail, the life of King Richard I.

Starting with his birth in Beaumont Place, Oxford, England in 1157, to his childhood, where he was given to the Franks, for slave labour, by his own father, who disliked him, through no fault of his own. We discover how he managed to enter the court of King Phillip II, who came to think of him as a son, and where he was trained as a knight.

Through this book, we learn about Richard boy and man. How he gained the title Richard the Lionheart, his close relationship with his mother who he loved dearly, his family and friends, his military career, and rise to the throne as Richard I, King of England.

There’s so much information contained in this book, how he gained his reputation as a great crusader, his meeting with Robin Hood, his loves, his marriage to Princess Berengaria of Navarre and his children.

It finishes with his untimely death in 1199, his successor, and the fate of his Queen.