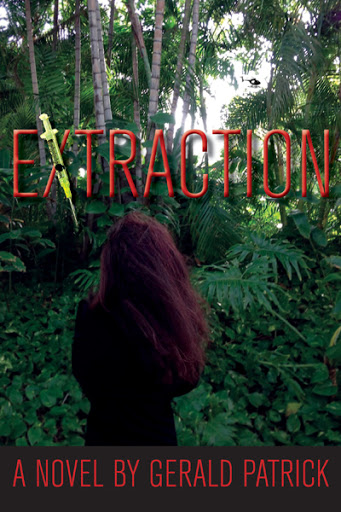 Coming of age in tumultious times, Gerald Patrick has mixed life’s experiences with an imagination and actuality to spin a tale of intrigue fullfilling a challenge to himself.

Conscripted into the United States Army in 1969, Gerald relates trials of being an infantry soldier from the jungles of Vietnam, to the post war street drugs that continue to plague our society today.

Raised by a single parent in Detroit, he credits the never quit attitude of the working class to move himself through life and strive to always do more.

Privatized into leaving a 28 year career as a public school maintenance woker, he began this personal endeavor while relocating to rebound from a career change.

As with true life’s events, Gerald takes us through harrowing times of his characters and proves love and work combine to overcome the worst of times living presents.

About the book:  Inside the unforgiving jungles of the Amazon rain forest a Bolivian drug lord and human trafficker, Eduardo Enrique, adds the daughter of a United States Congressman to his “collection” of women. Major Dominic Lopez, is tasked to lead a unique squad of Special Forces into the the mercenary protected jungle to extract the women from his clutches and end the tyranny perpetrated on the souls of innocent lives. Even when it appears the forces of nature turn against the commander, he finds the means necessary to assure the mission’s success.

The book opens with Captain Lopez, U.S. Special Forces hiding deep in the Amazon jungle, watching – the object of his observations is Eduardo Enrique, Bolivian drug lord and human trafficker.

Eduardo is a self-made man, a man who has learnt his lessons in the school of life and hard knocks. Having built up his empire with the help of his lifelong friend Benito, he is now rich, living the life of a playboy feeling secure in the knowledge that he’s surrounded by loyal staff and mercenaries, after all, is there anything money can’t buy?

With the scars of his life visible for all to see, and never having been a handsome man, he learns the hard way that women will use him, take advantage of his money, but in the end, they leave. However, a man with his extensive resources at his fingertips is not going to let this interfere with his fun, there are ways round everything, you just have to apply your mind and eventually a solution becomes apparent.

Then a U.S. Representatives daughter, celebrating her graduation with friends goes missing on holiday in Cancun, Mexico, her disappearance draws the attention of those in high places and her name is added to an existing list of missing women.

Politics is a clever game, politicians are always looking for opportunities, never missing the chance to shine as a hero to the American people, to stand out and be remembered for doing good. This is one such occasion, and combined with the added accolade of being seen to make a stand against the world of drug smuggling, its importance cannot be missed. Soon those who are in charge are making plans and the newly promoted Major Lopez, a man who is already up to speed with the subject, is given the task of handpicking a team of top Special Forces operatives to join him in this mission.

Soon the team find themselves deep in the heart of Bolivia, far into the Amazon rainforest, their mission underway, aware that they will be facing danger, both from nature and the powerful drug lord whose domain they are about to enter…

Written by an ex soldier, the military detail in this book is extensive and fascinating. I found myself transported deep into this dangerous world by the author’s highly descriptive writing and absorbing storyline in this action packed exciting epic novel.

Available in Hardcover, Paperback and eBook at